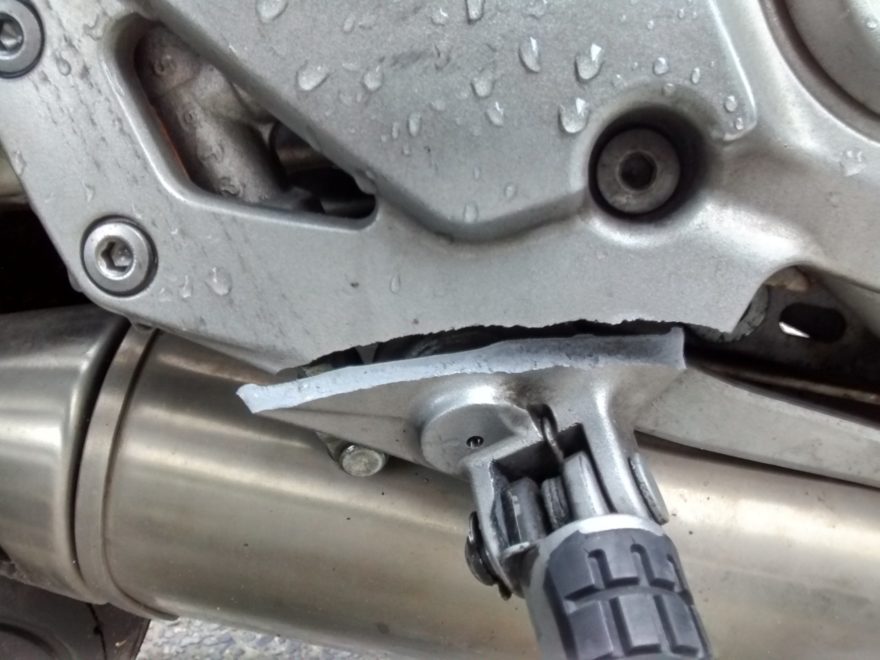 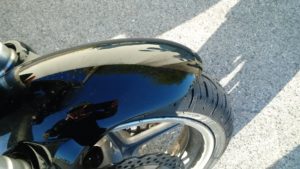 I had to wait for almost 3 weeks (in words: three), until the front fender and with it the tires were exchanged on my Versys. On Tuesday, right in time before the Wima round table, I was able to receive my Versys again .

Now, to tear everything  down again, and completely re-assemble the tyres would be madness.
So, with the promise to do the next tire change in goodwill,  I leave the workshop to drive in the Marchfeld – as good as possible there 😉 – to get rid of the lubrication layer .
Gloriously feeling again, vibrating over the roads. 🙂
The evening at Wima was in a wonderful mood, the main theme were our new members and the planned tour on May 6th with the scope of the IFRD,
and also the return home, after the meeting, was wonderful.

In general not a big drama, protectors are installed in all neuralgic places, but after the errection the inspection shows, that the drop was not without consequences: 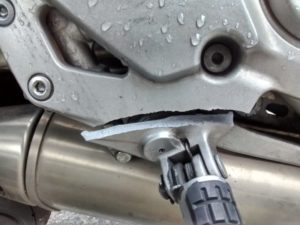 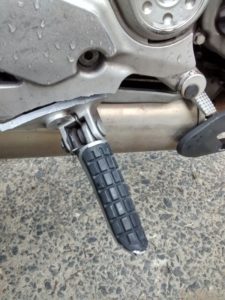 Why the footrests have not given way is a riddle to me, but the break is respectable, I could not have done better 😉
Of course I looked in the instant where to get a spare part in a reasonable time. But the minimum delivery time is: 4-5 days!
*** I want to cry, Saturday is the tour and today it’s Wednesday !! ***
The rear wheel brake does not matter to me, but without a footrest a day tour? It does not work!
Drill some holes, and screw it together, somehow?  I still have to try ……….