Finally,  2 1/2 years after the   accident at the Großklockner,  my trial was sentenced finally, after 2 objections of my disputant (Austria’s biggest insurance company): 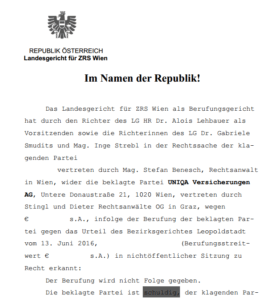 Thanks to my legal protection, it wasn’t to hard to undertake the necessary step to sue them.

But, due to the bad situation at the accident site (no witnesses, opponent was driving in the car with his wife) and the photos were not detailed enough to clarify the exact spot  of  impact.

Not at the car, this pictures where perfect, 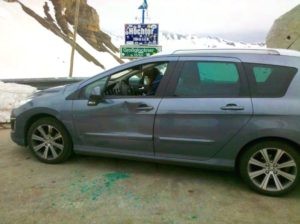 but the spot on the street where we collided originally, as this would have  made  the aftermath a lot easier.

So it was solely with the expert witness to decide whose testimony was true, based on all facts available, photos and damage analyses.

My opponent was convicted 100% guilty after the first trial, but he objected to the decision of the courts 2 times, but, at the end, the conviction is now final.

Easy sayed, just escaped narrow death and then consider all this?

I was shaking like a leaf, and therefore not capable to write, even if I would have wanted, but still you can dictate your point of view and keep above mentioned practise in mind.

At court, stay with the truth, it was kind of amusing to watch my opponents testimony crumble under the questions of the expert witness, as it didn’t fit to the accident marks on his car.

If you can not state exact numbers (eg.. for speed, or distances) only state “declared” assumptions