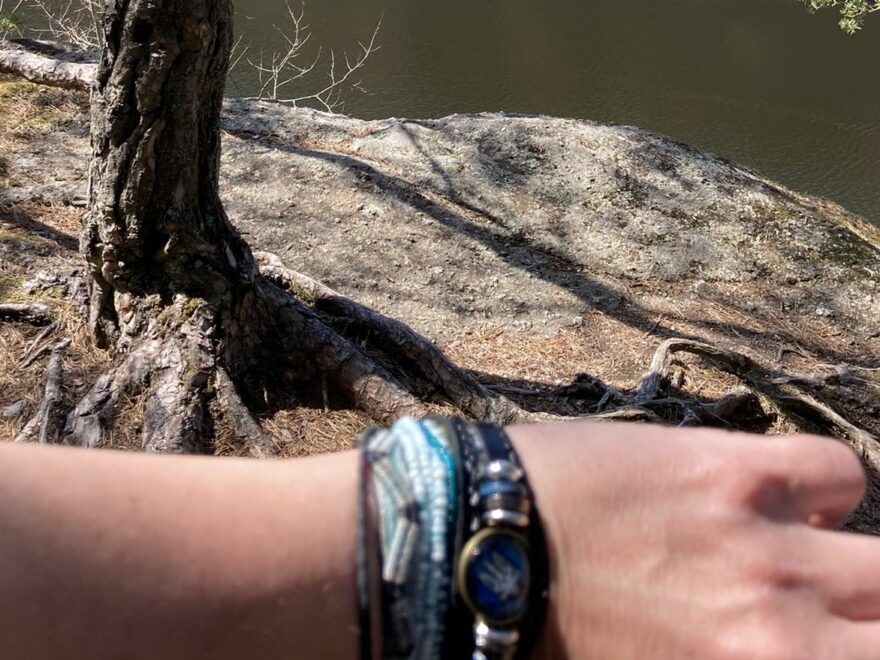 get up – almost normal time – a little round with the dog, because afterwards i want to go hiking together with my dog to the Ottensteiner reservoir to ground me again and to drive away the shadows.

As, by now used to, read news and stop. Kyiv and Lviv have been attacked tonight….
Darnytsia (Дарницький район) was also bombed in the process.
2 nights ago we slept in this district.
And the day before yesterday we drove past Lviv….

We were lucky to have always been in the right place at the right time.
We helped, but wasn’t our help just a drop in the bucket?
Did we even change a very small thing in this war?

I think so, with our help WIMA Ukraine can or could help a little more again and resources are freed up for other things.
However, it is extremely depressing to know that we cannot repeat something like this more often.
And, that a day’s journey from here people are dying, by chance, in a missile attack, or even further east in trenches attacked by artillery area bombardments.
Living in cities that have already changed hands several times in the last 100 years and have been rebuilt in spite of everything. But are now being reduced to rubble again.
It is depressing to know that an entire nation has been taken hostage to spin muddled ideas of an ancient empire, or to counter a fictitious threat from NATO – seriously?

I am glad that this time the EU is united against this and dares to take steps against this senseless aggression, even if it means supplying weapons and taking into account the resulting sanctions on the part of Russia.
The nuclear bomb attack threats of Russia, and the victim – perpetrator reversal in various forums and social media, are probably intended to scare, intimidate, unsettle the EU population and thus ignite and exert protests and pressure against the m.e. -exceptionally- right acting politicians (or governments) and their measures.

It is my very personal opinion, there must be here and now a line under this old pattern of aggression.
No government, dictator or nation should think it can attack or suppress democracy (and be it still so weak and also partly corrupt) and personal freedom by force of arms, only because he, or she, is convinced to be stronger.
And a conclusion – according to the current state of affairs – will only be possible with a defeat of the Russian army in Ukraine.

So that such a thing will never arise again in Europe, so that this time more than 77 years will pass:
ніколи знову (nikoly snovu), never again, never again! #Slava Ukraini