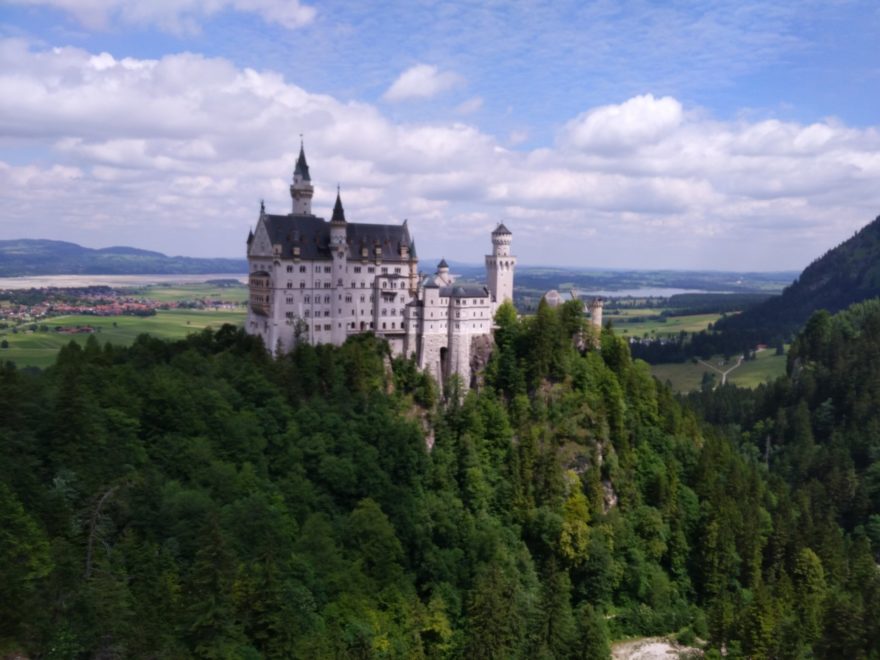 The 25th, and probably not last, South German Women’s Motorcycle Meeting took place from 22 to 24 June in Schwangau. Organized by the WOW (Women on Wheels) and the Hexenring, including a pinch of Wima Germany, of course we were also there! We organized the arrival and return journey in two separate groups, because 1) smaller groups make sense 2) the arrival and departure of approx. 700 km in one day is not for everyone The first group left already on June 21, the second group followed bravely on June 22. The weather was horrible and very humid on June 21, and various small infirmities delayed the trip even more. Denoch managed the first day’s stage to Radstadt quite well. The next day the weather was much more friendly, only the temperature was, for the end of June, with approx. 15-17° still not so intoxicating.

The ride itself went better for both groups on the 2nd day, but traffic jams and various traffic diversions made the finale more grueling, but we were all in our quarters on Friday evening and were able to leave in time for the program (so well booked out that we had to rent external rooms for ourselves!) The drive naturally led us past the famous Neuschwanstein Castle. A visit of the same one is on tomorrow’s program, we are curious. The evening was in a humorous atmosphere for many of us there were familiar faces from previous meetings with the WoW’s, the Witch Ring, or Wima Rallies, to see and so there were soon lively conversations to God and the world.

Since we had come with the motorcycles, we drove relatively early back into the quarter, in order to be rested for tomorrow’s excursion (on foot, and/or by bus) to Neuschwanstein. (After all, some of us have been on the motorcycle for more than 9 hours today) But that didn’t stop us from chatting with Claudia in the neighbourhood over a bottle of red wine, who unfortunately didn’t get a ticket for tomorrow and therefore plans to continue her journey to sunny South Tyrol tomorrow. The second day on site:

We met for breakfast, which was extensively awarded, and then hike in groups from the meeting point to the castle (approx. 7 km away). The last stretch then goes steeply uphill. So it was good that the temperature – despite the sun – was still low. Since there was still a little time (the tours start every 10 minutes – on time! Although Bavaria is, but here they are probably Prussia) was also the detour to the Marienbrücke possible, which offers a wonderful view of the castle and the plain behind it with reservoir (empty). A true postcard perspective!

Before the tickets were handed out, there was a group photo and then the guided tour started. Actually brilliant what poor Ludwig has done here, Bavaria will thank him for centuries (1.4 million visitors per year can not be wrong) But, I guess he was a little megalomaniacal. Despite the built-in amenities of the 19th century, exuding such an oppressive medieval atmosphere on the two extended floors is already an art! The beautiful cover, therefore, promises more than the content can then fulfil.

The tour ends unexpectedly quickly and the return journey to the Adlerhorst begins. Meanwhile it has become a bit hotter, the first paragliders land on the slope, and we stroll back again in small groups. Arrived on site Ludwig himself is already waiting for us for an apperitive, and so we spend the afternoon on the terrace with a beautiful view of the plain and in the following a wonderful sunset with a very special light. Simply wonderful! 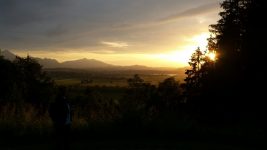 In the evening there was another party evening with many memories of the last 25 years, which in the second half degenerated into a Germany victory celebration (In the retrospective: Too early )     Since we want to go back tomorrow, we were also said goodbye relatively early this morning.

The third day: Relatively early getting up and packing, so that we can be punctually at 8:00 with the breakfast and immediately afterwards it goes for an Austria group to the south and for the second group somewhat later to the north east in direction Passau, where they want our Passauerinnen meetings. Group 1 drives over the Fernpass into the Inn valley, from there via Lofer to Berchtesgaden, up to the rainy and foggy Rossfeld road.

(Surprisingly with a little view!) and back down to Golling, where the lunch break is held. Very dark clouds above the Postalm let us take the path over the Gschütt pass and then further south via Halstatt, Bad Aussee and Goisern. The rest of the route is obvious: Liezen, Admont, Gesäuse and Wildalpen. Here it goes on and on at a brisk pace. The clock is ticking,

From Mariazell we go to Traisen where we part ways. On one side to St. Pölten and on the other side via the Schöpfl, Klausen Leopoldsdorf and Gruberau back to Vienna. The end of the track is already in the dark, but no less enjoyable.