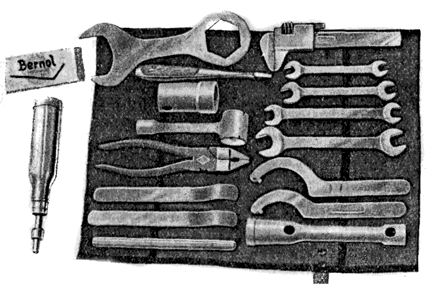 There are 3 motorbikes available for me to choose from to get from A to B.
I deliberately include my small Suzuki VanVan (RV 125) here because it is also suitable for most trips.
So what can happen?

Perhaps our favourite virus of all?

Kind of unexpected, but then again not. Apparently, tyres are also only coming to us from China.
At the beginning of May I ordered tyres for my KTM 690 Enduro. Today, 17 August, the first front tyre arrived.
The first? Yes, because at the beginning of July – when the tyre or stubble profile was already very tight – I placed another order for another set of tyres.
Expected delivery date: (which is constantly being pushed back) currently mid-September.

This means that my KTM is currently out of action.

In addition, there was the nasty FI message signalling a failure of the intake air temperature sensor in Morse code.
According to. Junior no problem, maybe a little less power, no optimal combustion, a little more fuel consumption – coming home possible!
Since there are enough spare engines, this is not really a problem, is it?

A Kawasaki is a very reliable machine, but that naturally changes a little after 120,000 km. Or rather, it is a natural phenomenon.
Unfortunately, the moment is not very favourable to notice it
I noticed during the braking exercise at the Ladiescamp – Wachauring that the brakes were no longer doing what they were supposed to. However, especially when riding in the city, stopping in time is very often required, so the bike is unfortunately out of the question at the moment. Spare parts are not available, pls refer to point 1 😉

The little VanVan was probably of the opinion: “Hey, now you come? Now that the big ones are abandoning you?
NOT WITH ME!” and literally greeted me with a red light, namely also with an FI error. Unlike the KTM, the FI light does not display a code by default, but only when a special code plug is connected to the diagnostic port – ordered right away!
AAaaarrrrgggghhhh !!!

You’ve got to be kidding me!
OK, a VanVan is not the most high-tech device now, so I prioritised this one as the quick fix was the most likely.

So some reflection was in order: I remembered that the engine also ran very rough at idle, sometimes the engine died recently.
At the same time, the N light always flickered, which is actually unusual with a battery (which works). Hmm
So I followed my instinct and measured the battery. And what do I notice immediately? Something so embarrassing that I’d prefer to keep it quiet, but in the interest of clarification I’ll say it now: the clamp on the positive battery terminal is loose, really loose.
Of course, I fixed it immediately and, what can I say:
FI lamp off, engine running smoothly at idle speed…
I’d say the problem is solved!
My explanation: The sensors were irritated by the voltage fluctuations in the system and reported an error.

Now of course it would be jinxed

if the same cause were to apply to the KTM 690 and – lightning strike me – indeed there too a terminal connection on the battery is only loosely attached. OMG
In the meantime, I have disassembled the bike, cleaned the contacts, checked the corresponding sensors, etc….
Well, at least I learned a bit more about my bike for emergencies.
I now know every screw and every plug under the air filter and around the engine….. 😉

After that, the KTM needs a new initialisation.
So I short-circuited the two battery leads (only the leads 😉 ), waited about 10 minutes and reconnected everything.
Then start the bike and let it run at idle speed for about 15-20 minutes. This clears the error memory and calibrates the EFI correctly again.
Still the tyres are missing 😉