We were prepared to start on Oct. 9th, for our season end ride, but unfortunately, the weather forecast was terrible. Low temperatures (approx. 5°), rain and no sun to expect.
We could live with low temperatures if necessary, but combined with rain? Thanks, but we got wet enough this year.  :-/

So, we did postpone…

Optimistic, as we are, we decided to use the coming weekend, Oct 16th, for a second try. 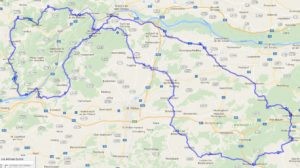 At least it was time to rearrange the tour.

Under the forecasted aspect of cold and rainy weather we agreed to a later start time to allow the sun to rise, and the roads to dry, higher mountain areas were excluded as well.
Well, well only wet leafs still puzzeled us. Them in a hairpin curve? No thanks.
And so we again looked at the forecasts. Every weather service pronounced a different outcome for the weekend.

But, finally, at friday, it seemed that they narrowed the weather to warm, some light rain and more sun.   Hurray, we couldn’t believe our luck!  🙂 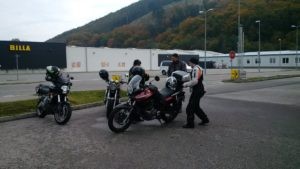 Sunday morning (10am), the weather still was grey in grey, but the temperatures already arrived 10° (100% higher, then last sundays highest temperature!) when we met at our favorite gas station in Untertullnerbach.

We filled the tanks and throw off our balast and off we went through the Irenen valley to the north and further on to Traismauer.

The short, bended way over the hills and through the forrest showed us, that the decision to start with a plain and smooth area wasn’t so bad at all, as the wet and crumbled leafs were a real smudgy pain in the outer curve areas.

At Sieghartskirchen we met with Berti and so our small band was complete. (Su, Anneliese, Michi, Berti and Versya)

The ride to Traismauer wasn’t exiting at all, but the rising sun found its way into our hearts.

After Traismauer we proceeded to Mautern and from there we entered the Dunkelsteiner Wald (Darkstone Forrest) , with all his small villages and roads, and yes, a lot of curves and bends along the road. Everytime going up or down, invited us to an enforced speed.

Shortly before Loosdorf we change direction to Melk, and headed to the bridge there to cross the Danube. On the other side we went a few kilometres further to Weitenegg were we intended to make our lunch break at a nice inn close to the river banks.

Unfortunately the inn was completely crowded and the waiter informed us, that we would have to wait for approx 45min to get served with a meal. So we decided to order only drinks to keep our stay short and to find another location further north.

“Only” 60 minutes later we managed to get loose from our comfortable seats at the sunny terrace and so we proceeded further on. The looks of a big dark gray cloud right in front of us gave us the feeling, that we might have taken the wrong decision. But, as fast as this cloud had appeared, as fast it disappeared over the Jauerling.

And so we could ride on unharmed by rain or sun through the mountainous region, curve after hairpin curves, it was really entertaining to drive this roads. 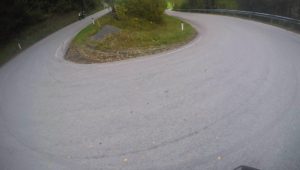 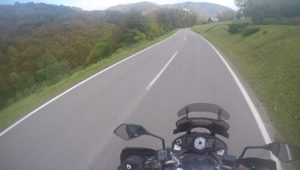 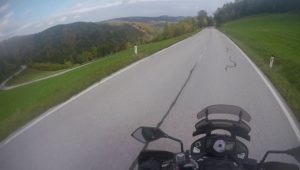 As entertaining the road and the view was, we didn’t find any inns for the first hour, or so. Its a lonesome area, perfect for driving, but if you are looking for an inn? Nada. 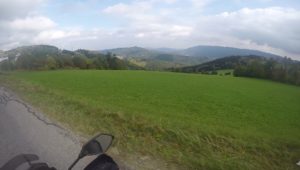 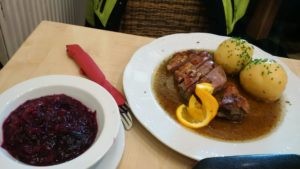 at Himberg we found a big inn, with a venison week and we were not disappoited at all.

Still, it was crowded, despite the late noon, but there were enough seats for us all and so we were able to enjoy the brilliant food there. 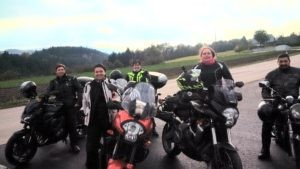 After this refreshment we further proceed with our ride back to the south and the danube.

The beautiful aspect in arriving from the north is, that the area is elevated above the danube level, and so you will have a spectacular view over the danube valley, and so did we.

We choose a parking space for a short stop to take pictures of this beautiful scenery.

As the view was really breathtaking, we still had to proceed further on, as the sun already had started to decline and we still had some more kilometres to go. So we followed the winding road down through the vine yards to Weissenkirchen,

In Weissenkirchen we waited for the ferry over the danube. 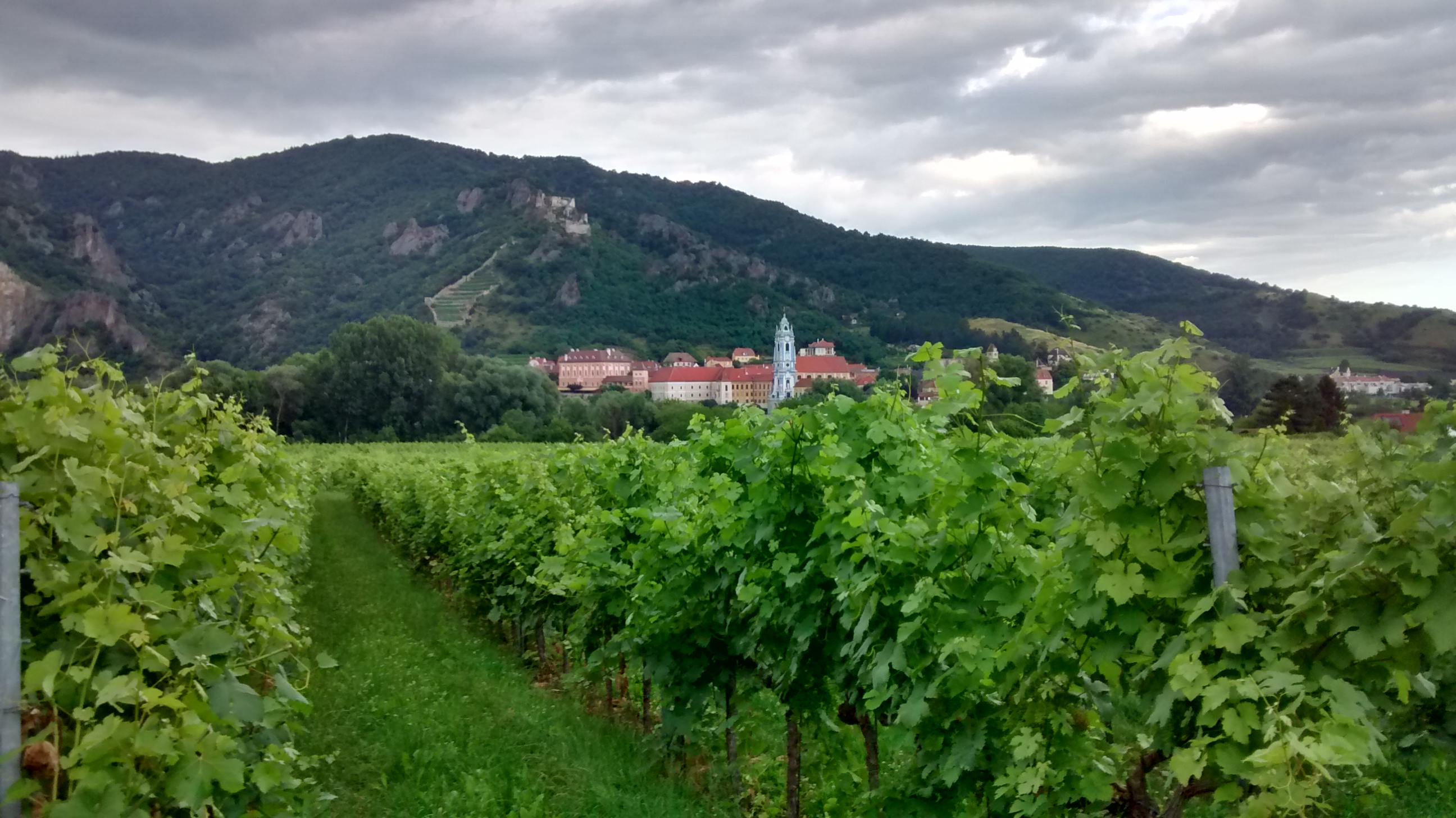 The advantage of this would be to have the village of Dürnstein (the english King Lionheart was imprisoned there)  right in view, not having to travel beneath the mountain.

Additionally our trip followed the path back into the Darkstone Forrest thus allowed us to avoid the flater areas around Krems this time.

And so we arrived through moderate hills to Herzogenburg were we stopped to fill up the gas.

We rode further on to Böheimkirchen and from there to Laaben entering the pre alps.

As the sun had disappared behind the mountains it was time to shorten our route a little bit and in only a short bow, we returned to our starting point via Klausen-Leopoldsdorf. Thus, having used  the same part of a street once,  for only 300m, I believe, this is a new record!  🙂

In sum, we traveled approx. 250km, had 3 longer breaks in the sun , a lot of curves, hills, mountains, vine yards and hairpin curves.
A lot of fun, and something to live on, over the coming months. 🙂